Welcome. How did you get here? You might be the only one here. Ani is an invented script, just a little piece of mystery in the world. It's not hard to write, it flows nicely just like a natural language.

Ani was first used for passing secret letters in class. It was invented in a history lesson, which might explain some of the Greek letters like φ and α which you can still see today. Later it borrowed some Arabic and pieces from some south Indian scripts like Telugu.
Read more about the history of Ani

What's written on that shirt?

A few people seem to be wearing shirts with Ani script on them. It's a text adapted from the book 'The Land Behind the World' by Anne Spencer Parry. It's nothing particularly interesting, but if for some reason you'd like to decipher it, the text is below. Beware, some of the words run onto the next line.

Letters can be doubled by putting a dot underneath them. 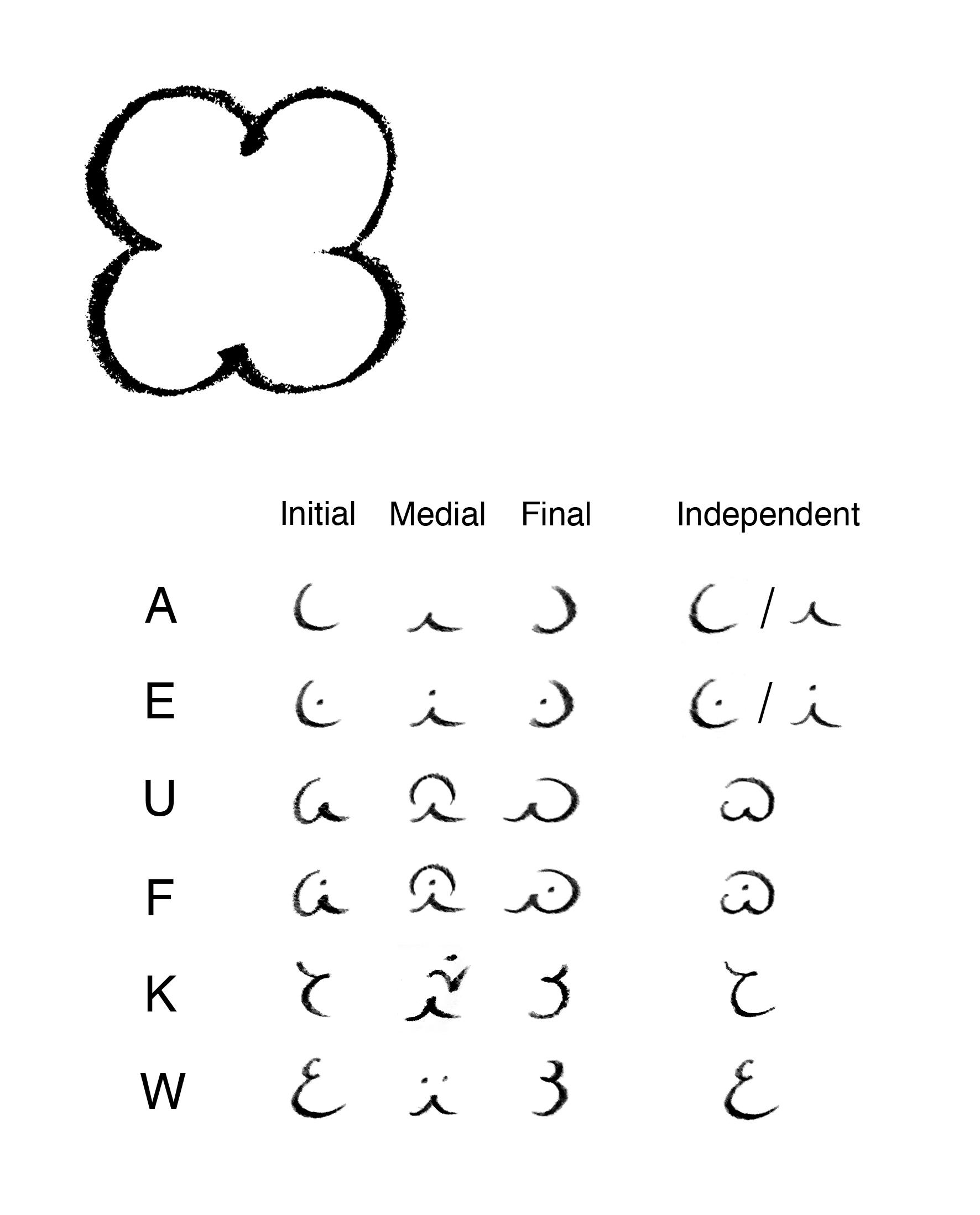 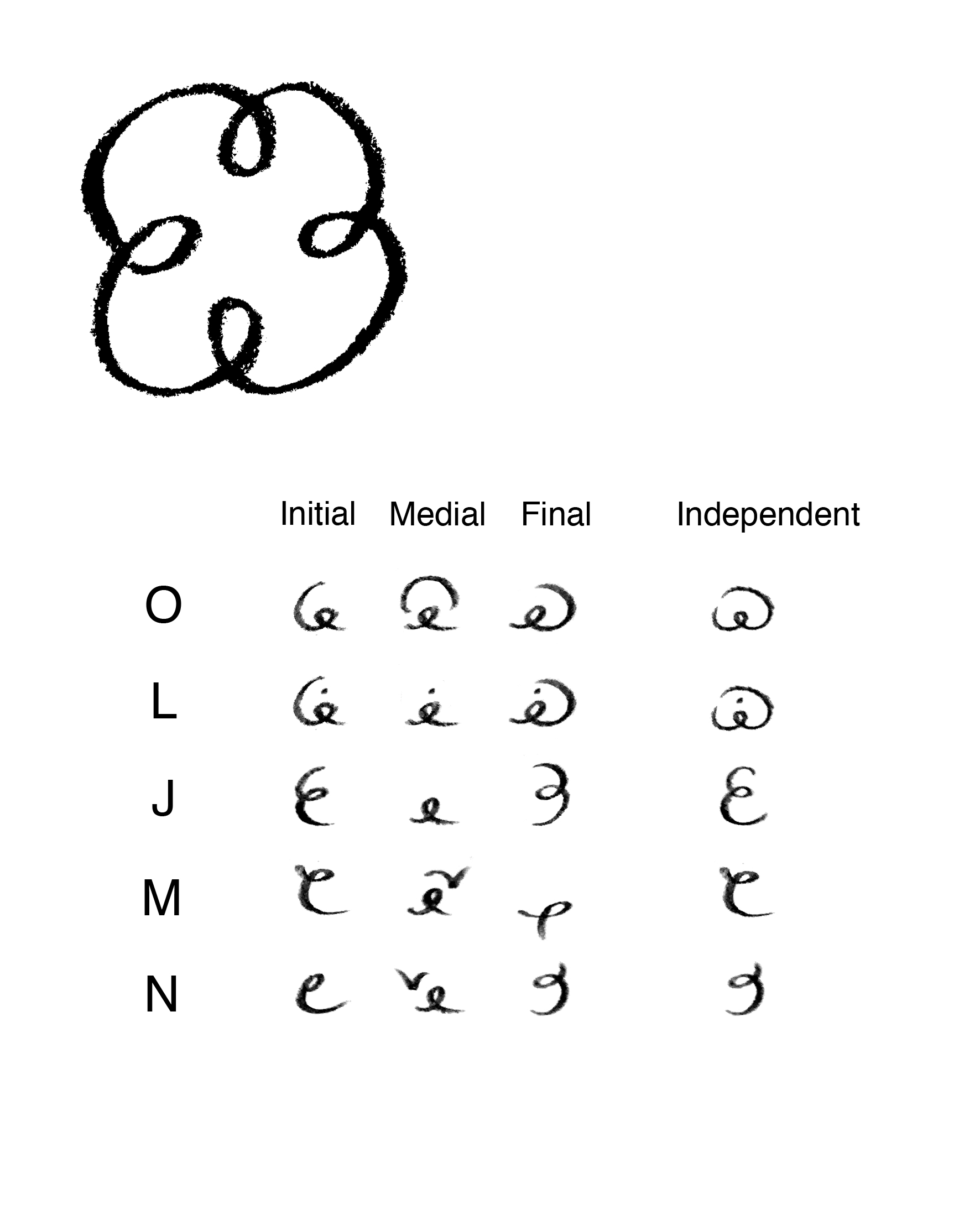 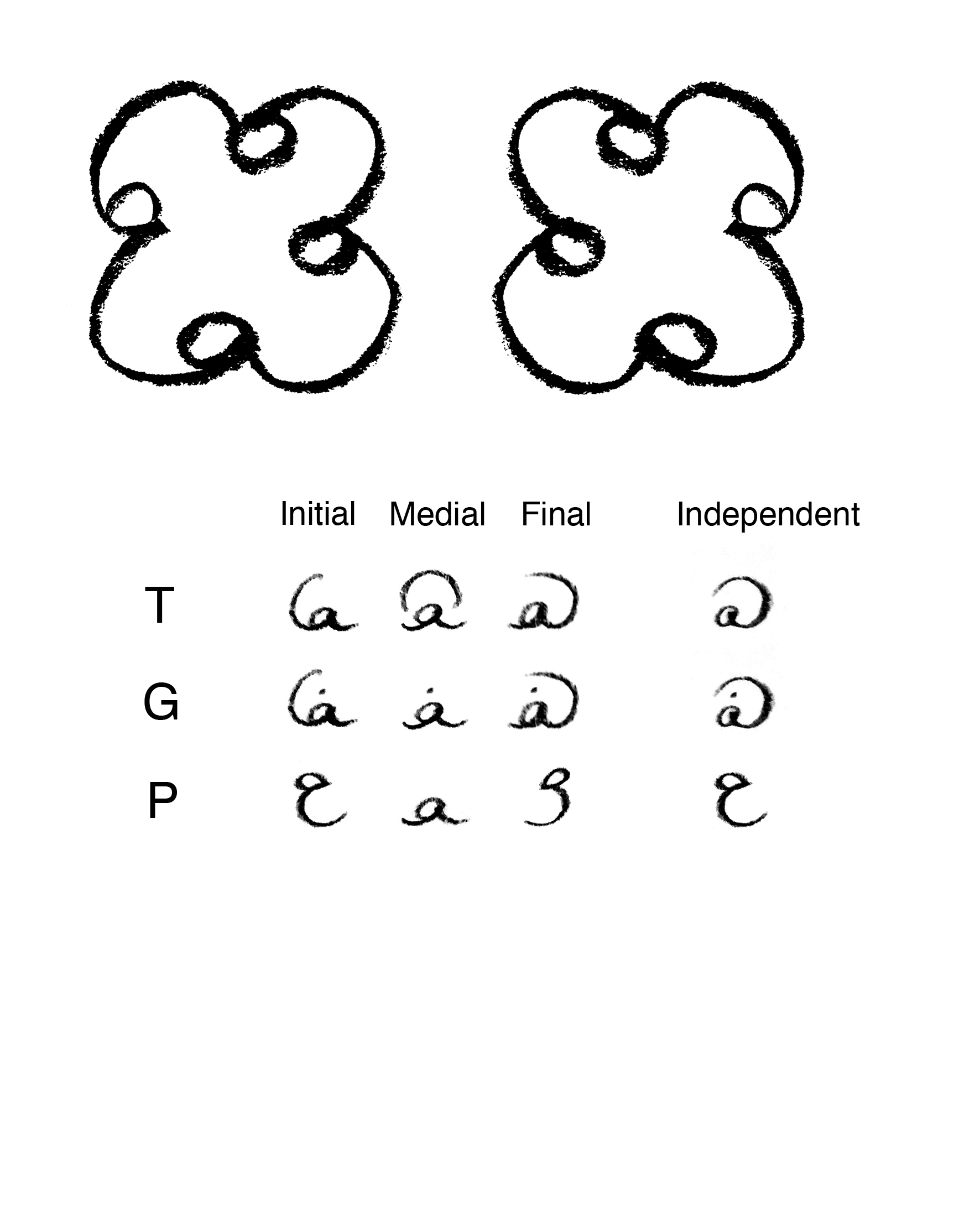 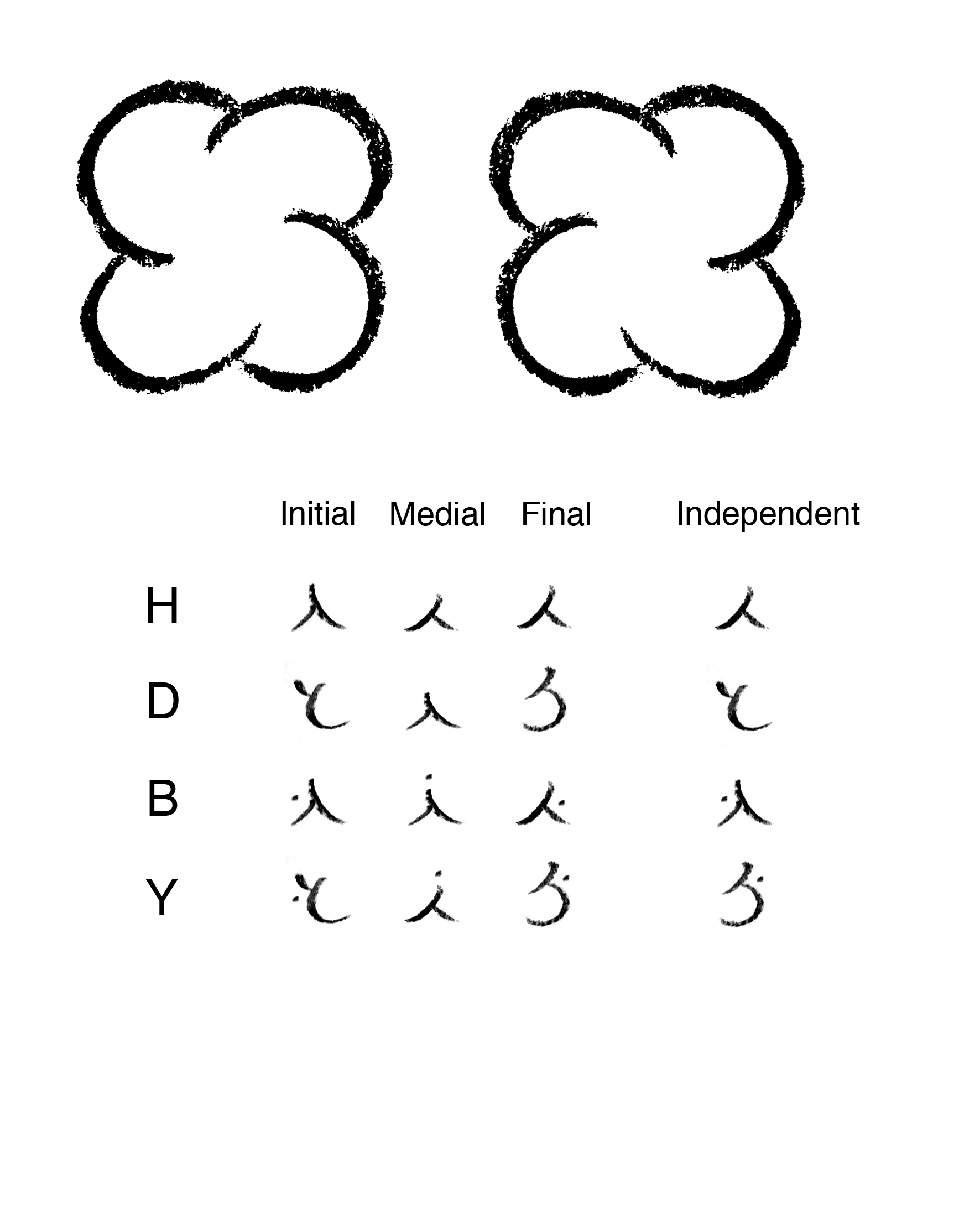 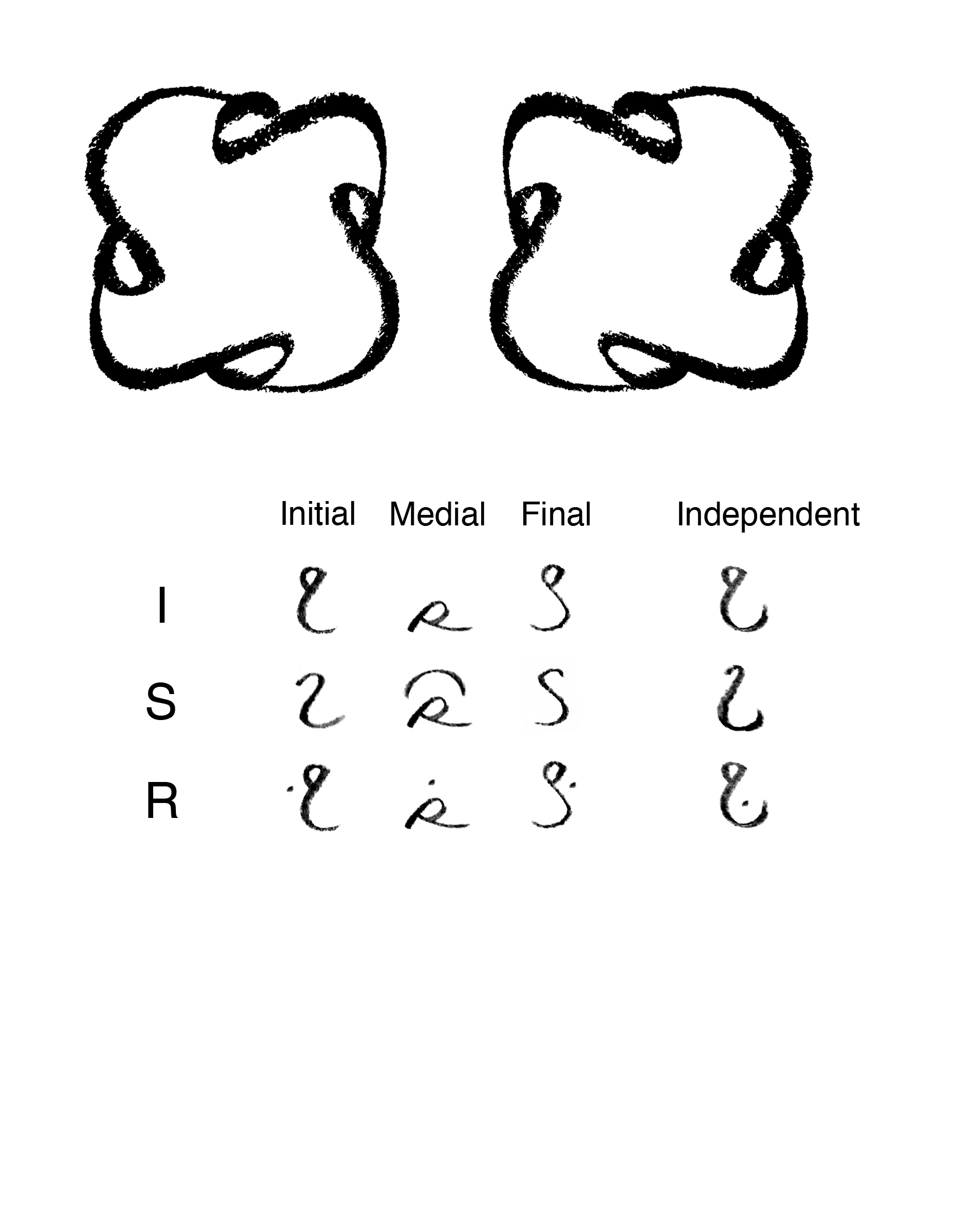 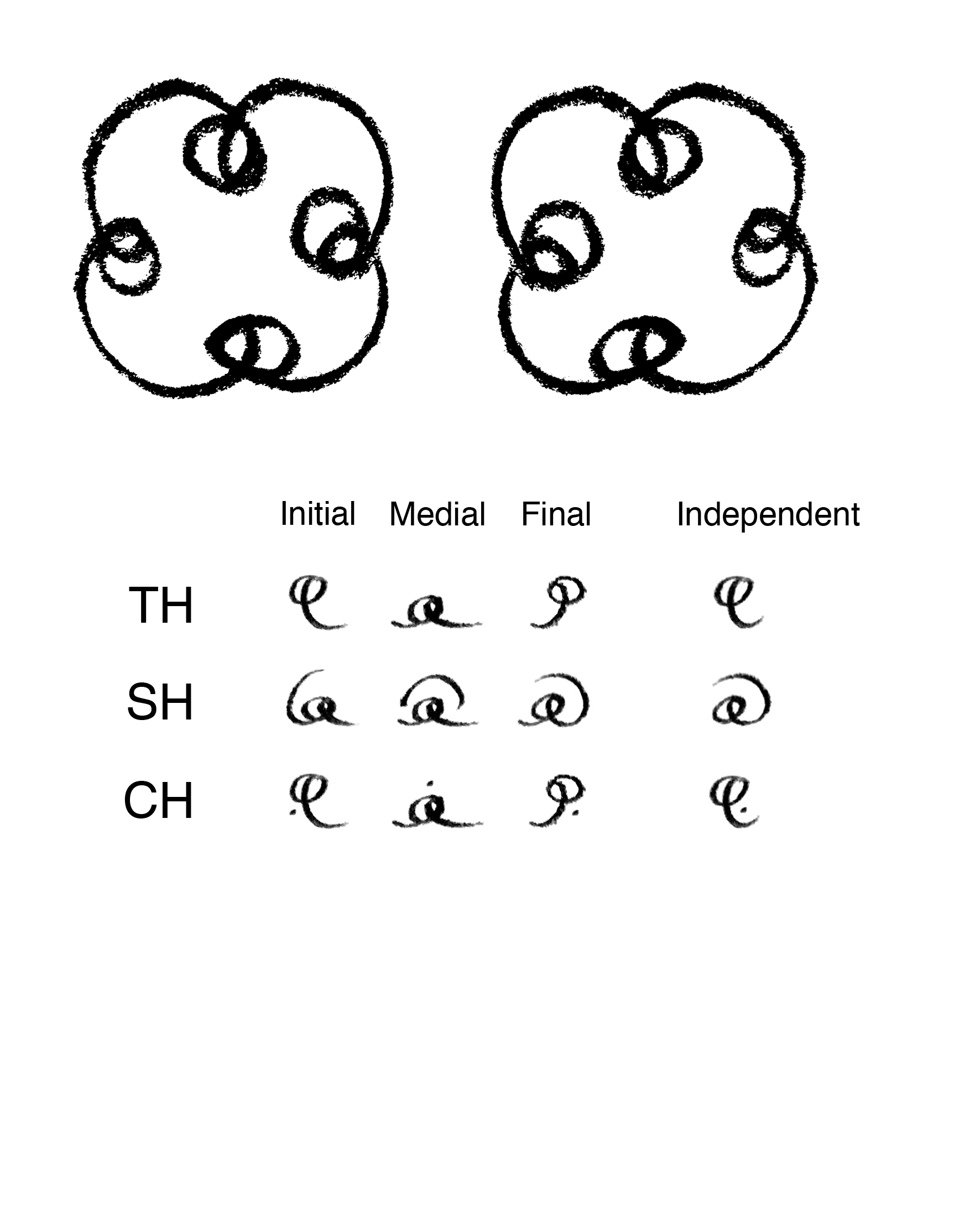 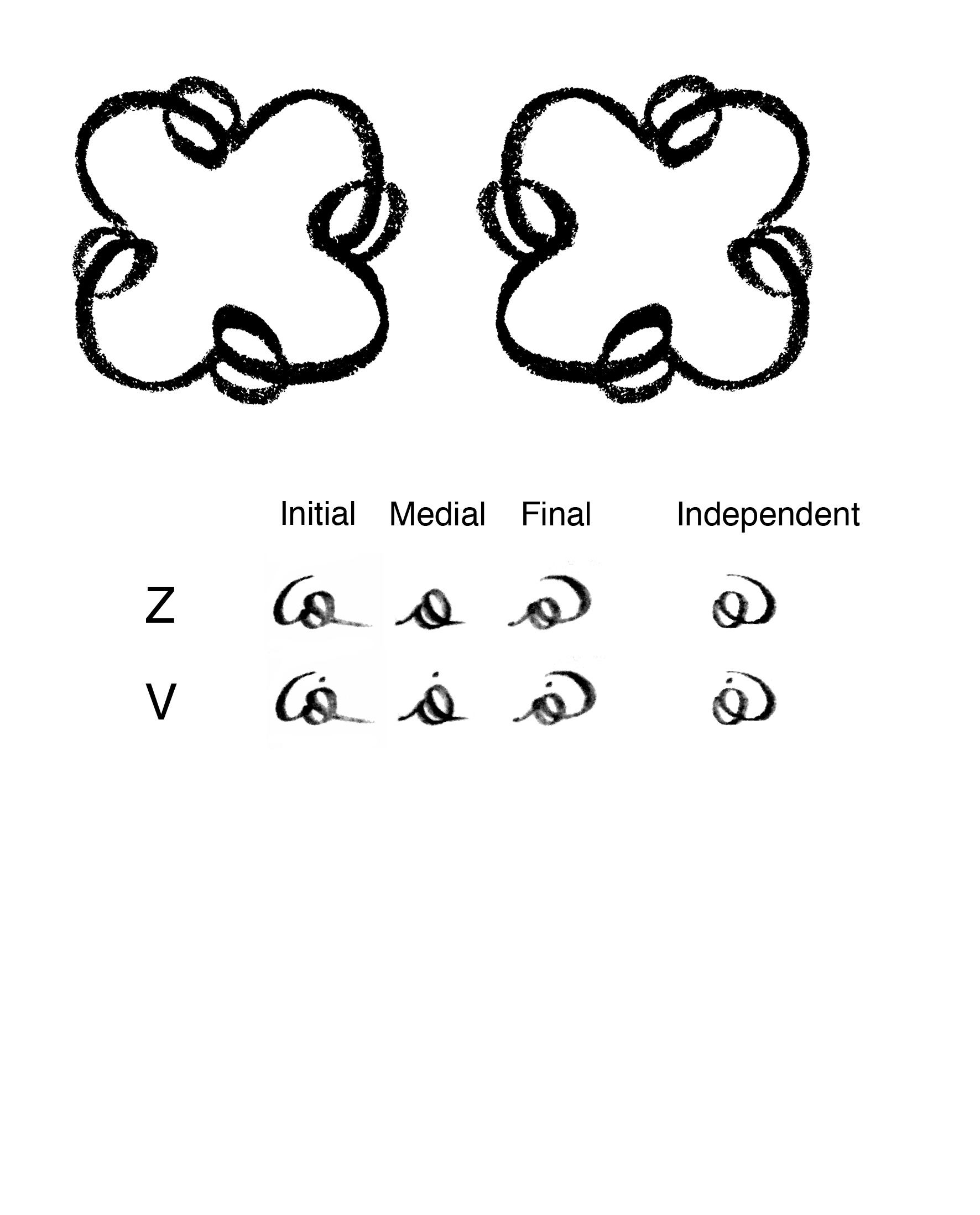 Ani is written anticlockwise. Usually this means left to right, but there's no reason not to write it in any direction the basic shapes allow, even in a spiral.
As long as it's legible, anyone can make up their own quirky ways of writing Ani. A common quirk is not to use the medial forms of I, S or R sometimes and instead to use the final form, followed by the "upside down" form of the next letter (the form at the top of the shape). It also looks nicer to split words into sections, rather than using too many medial forms in a row.

If Ani doesn't suit your invented script needs, you can find a different one: